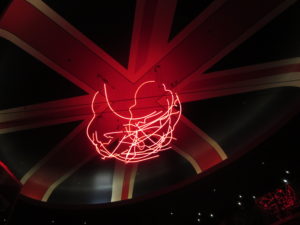 I’ve been a huge Gordon Ramsay fan for as long as I can remember.  I watch all his shows, I study his YouTube cooking tutorials and follow him and his restaurants closely on social media.  I would even go as far to say I have a bit of a crush on him, haha. It’s been a major item on my bucket list to eat at one of his restaurants. When we were in Vegas we made sure to take the opportunity to make it happen. We made reservations at Gordon Ramsay Steak at the Paris Hotel long before we arrived in Nevada.  I was so excited when we got to the hotel for dinner.  Our welcoming hostess walked us in through a tunnel that she explained as the tunnel between Paris and London, she showed us an art installation of neon red lights that she explained as Gordon Ramsay’s hands at work when making his signature beef wellington.  We were seated in a corner table for two where we met our waitress.  Unfortunately, I didn’t find there to be any real warmth to her so I didn’t feel she added anything to our experience.  We were shown a cart with all the different cuts of meats. There were mirrors behind each cut of meat showcasing them from all angles.  The mouthwatering cocktail choices were presented to us on an Ipad.  I’d never seen that at a restaurant before and thought it was pretty cool.  The drinks that that we ordered were absolutely delicious.  For dinner, the hubs ordered beef wellington and I ordered a steak.  We had a caesar salad and macaroni and cheese as our sides.  The highlight of dinner was definitely the beef wellington! It was the star of the show. As far as the rest of the meal, I will admit that although everything was good I wasn’t overly wowed like a thought I would be.  Perhaps my expectations were too high, but I’ve had nights out where I’ve had a dinner that I’ve thought about for several days after. I thought one of Gordon Ramsay’s restaurants would make me feel the same way.  After years of watching him create culinary masterpieces on television, I always imagined eating at one of his restaurants would completely blow me away. 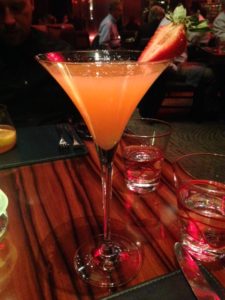 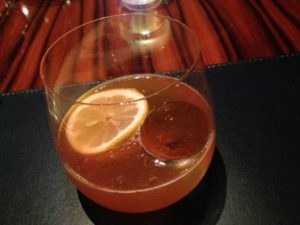 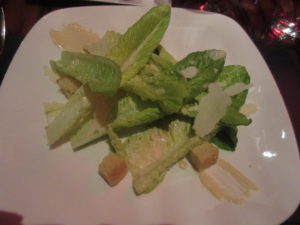 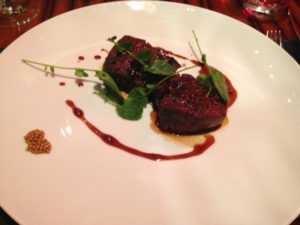