I really badly wanted to love this place.  I had seen their account on Instagram and all of their items looked so decadent and appealing.

On one of my days off, my hubby and I headed over to Lonsdale Quay.  We ended our visit at Craffles.  It’s a cute little kiosk in the market.  They have a small seating area.  They offer crepes, waffles and various desserts.

After looking at their menu, I decided on one of their monster shakes and my husband Chris decided to get one of their waffles.

Fun Boozy Cotton Candy Party – at first the name of this shake was confusing to me.  It made me think there was alcohol in it.  I asked the woman behind the counter if there was because I imagine they would need a liquor license to serve an alcoholic beverage and I didn’t see anything else boozy on the menu.  She initially misunderstood me and said yes.  I asked her what type of alcohol it was and once she realized what I was asking, she said no there wasn’t any in there.  I’m not sure why it’s called boozy?

It’s definitely over the top and Instagrammable which is exactly what I signed up for, but I felt some of the choices for additions didn’t make sense to me.  There’s a giant lollipop in it (which is great), but then the lollipop was almost completely covered in whipped cream so you couldn’t really see it.  Then the whipped cream had patches of cotton candy all over it.  I think they were maybe going for a rainbow through the clouds look, but it was hard to put that together without the rainbow lollipop peeking through much.  There are cute colorful marshmallows sticking out of it.  The glass had sprinkles everywhere and looked awesome.  There was randomly (and oddly) a nutri-grain bar sticking out of it too.  That seemed to be a puzzling addition to something that was meant to be so decadent.  The taste of the strawberry shake itself was fine.

Cookies and Cream Waffle – this was what my husband ordered.  He felt it didn’t taste “fresh”.  They have a case in the front, so perhaps they made it earlier in the morning?  He also used the word “fine” to describe it.

That being said, I have not written this place off.  I think that maybe for us personally we just didn’t make the right menu selections.  I saw them making fresh crepes and they looked amazing and smelled delicious.  Both my husband and I agreed that we would have to come back and order the crepes next time.

I also think that if you have children with you they would be absolutely jumping off the walls happy to get one of those monster shakes.  I see the draw and the excitement it would bring for kids.  It would make their day.   I mean if I had children with me, I would bring them here for a monster shake.  It’s targeted to them for sure.

Hoping next time I go, I will love it.  I’ll keep you all posted. 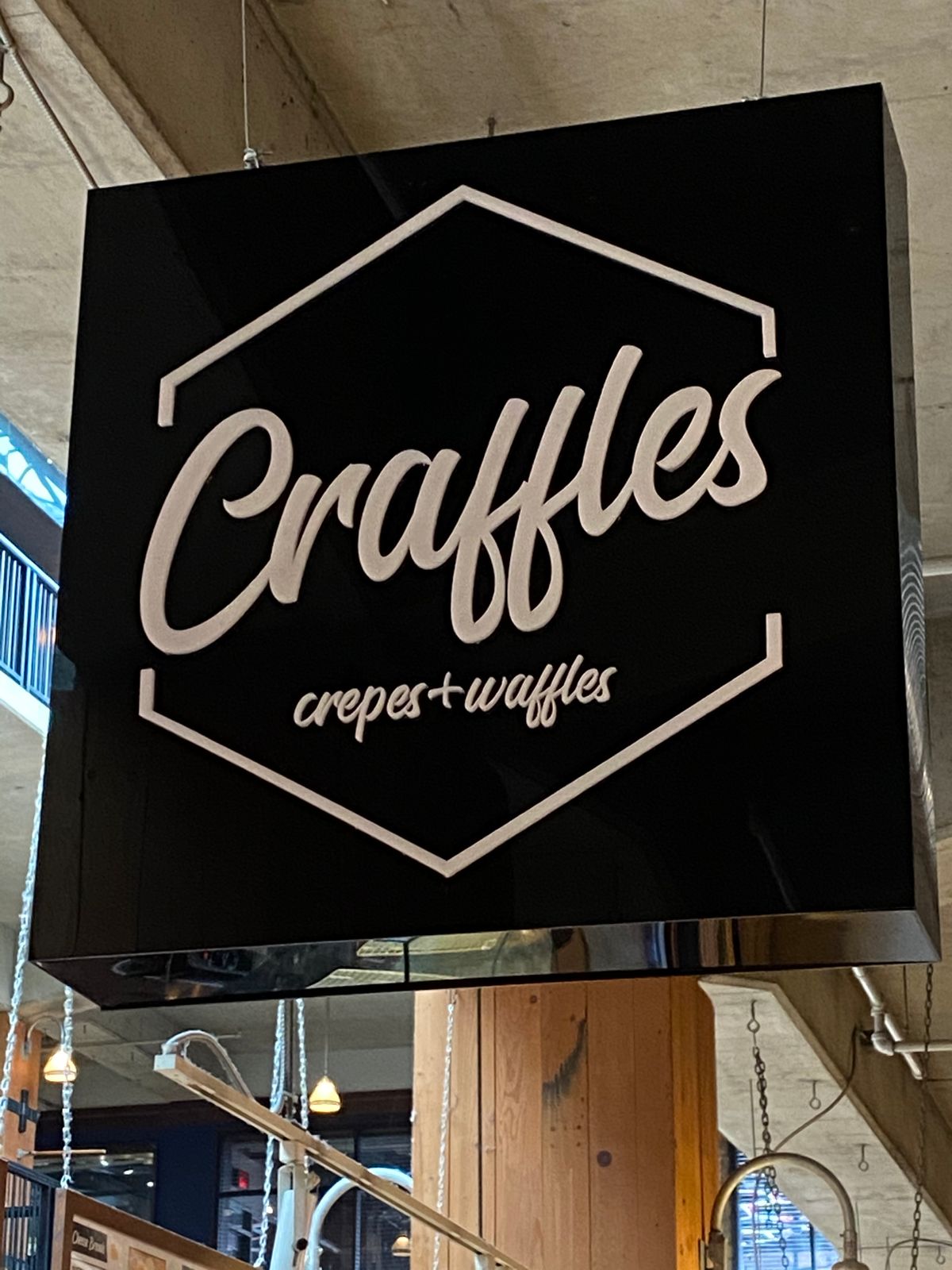 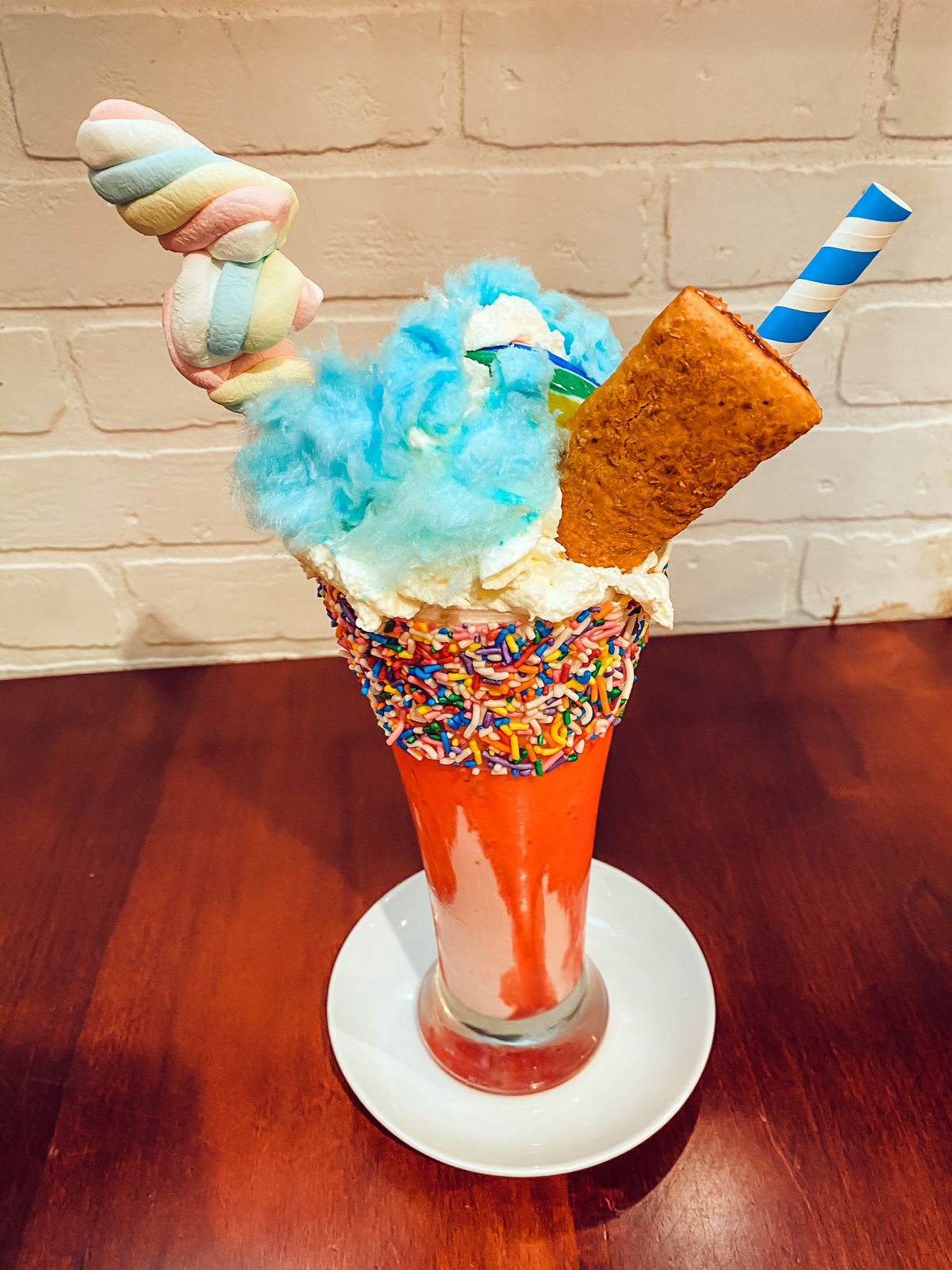 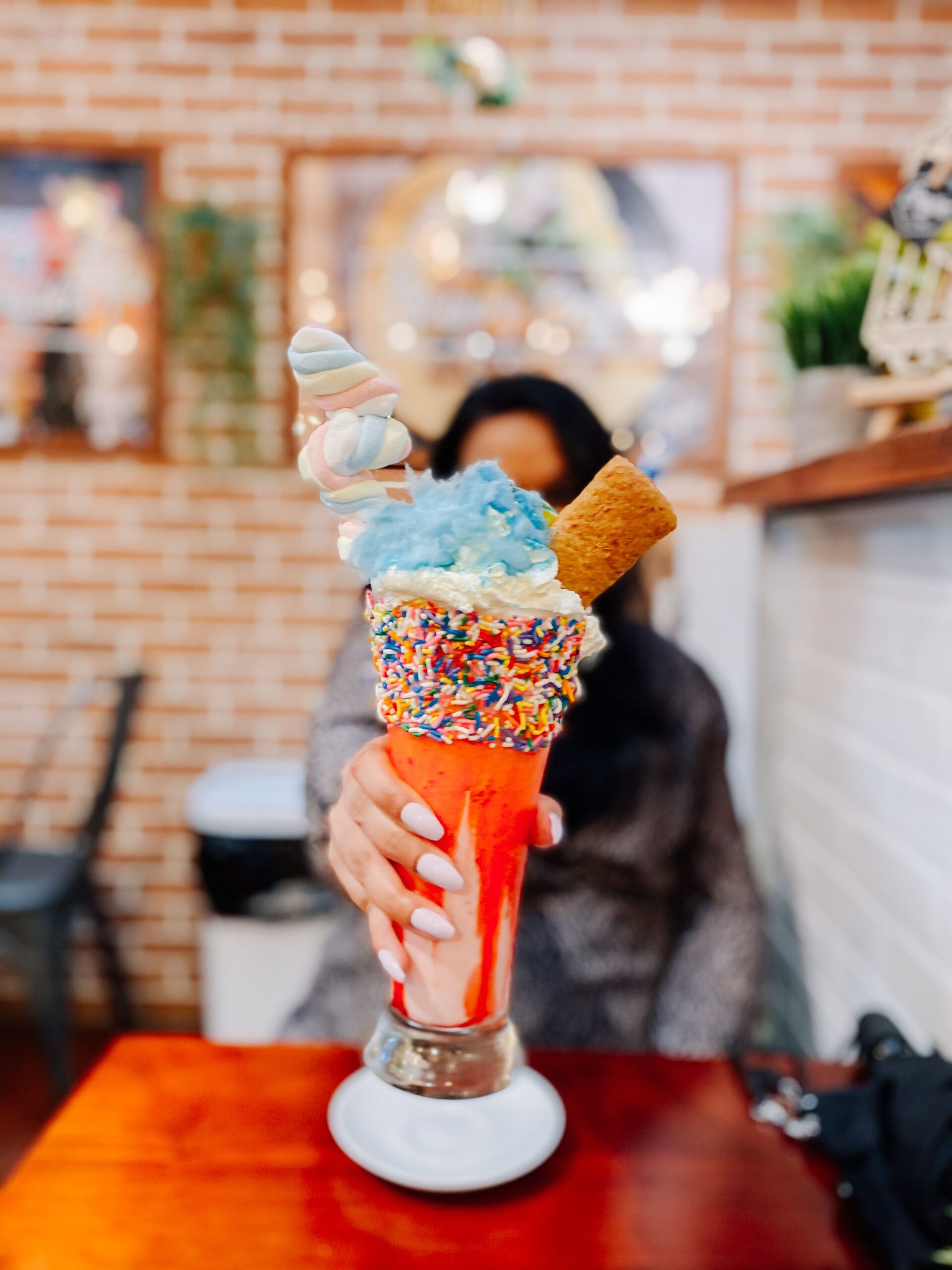 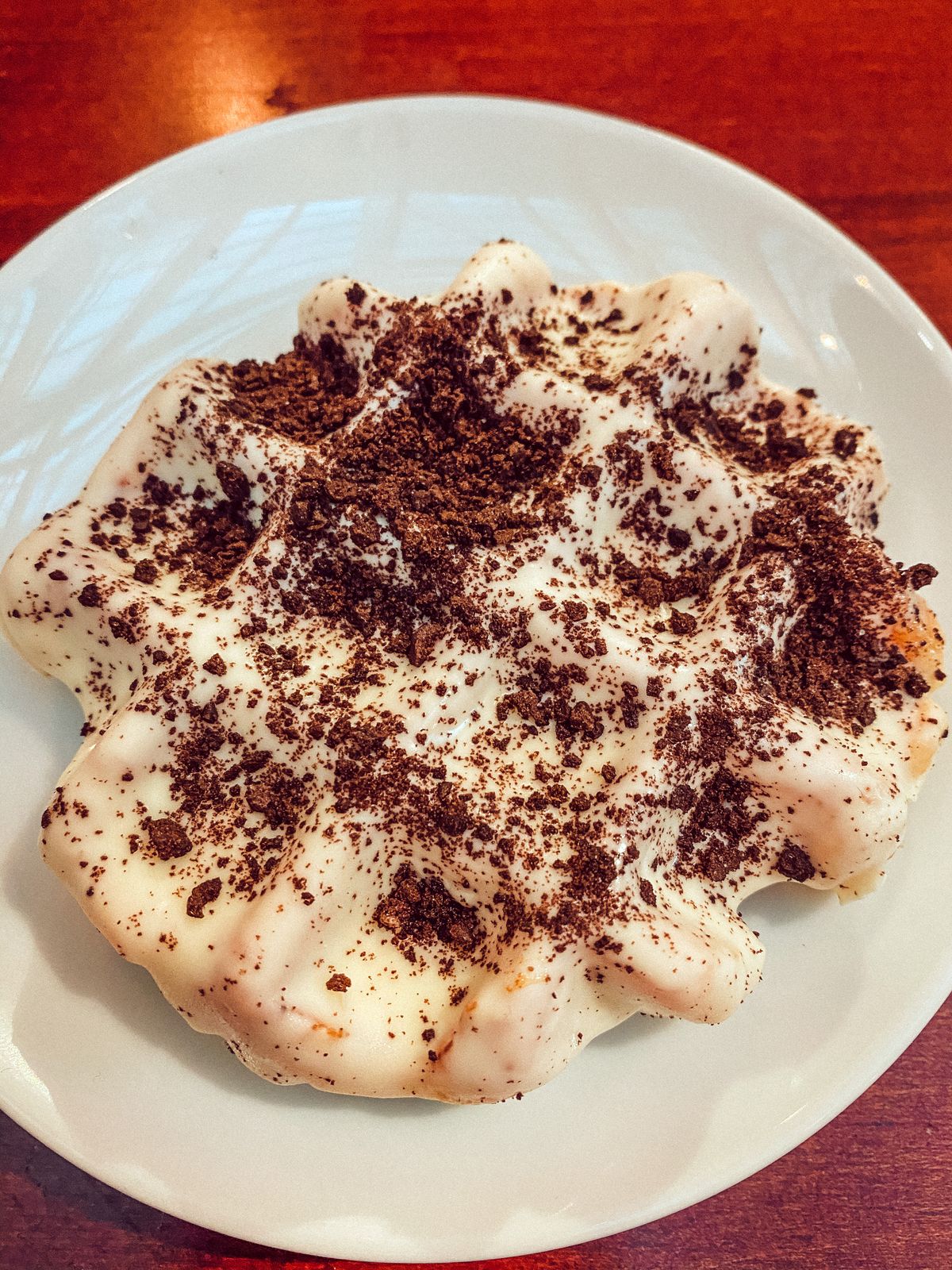