Prior to arriving in Thailand, we booked a tour to the Elephant Jungle Sanctuary in Chiang Mai.  When booking, I accidentally chose the wrong year (next year), we prepaid and then I began to worry that it would be difficult to sort out my mistake.  I sent them an email and they got back to me very quickly and made the change for me with no problems.  It was great.

The day of the tour, we were picked up a bit later than the time we were told.  It was late enough that we were concerned that we were forgotten.  We needed to have our hotel call them to follow up (I attempted to call, but unfortunately our language barrier made it difficult to understand the details).  The driver eventually arrived.  The ride is in the back of an open air pick-up truck with several other people and can be quite bumpy and is very, very long.  Prepare yourself.  It’s a good idea to bring water and make sure you use the restroom.

We arrived on the grounds and the vibe in the back of the truck instantly changed.  Everyone was so restless on our commute, but when we approached the grounds and saw these beautiful massive creatures roaming about there was definite excitement in the air.

We were at sanctuary camp 6.  Our guide was awesome and hilarious.  The staff is friendly and knowledgeable.  We were given special clothing to wear and told of our rules before getting to interact with the elephants.  Being so close to the amazing animals was quite a powerful experience.  We had the opportunity to feed them, pet them and bathe them.  This company takes very good care of the elephants.  Our guide was getting emotional when answering questions about what the elephants went through before being rescued. We learned a lot about the treatment and exploitation of elephants in Thailand and why it’s important not to ride them.  It’s heartbreaking. The elephants are sooo sweet.  I fell in love with the baby.  He is just adorable.  It was an amazing day.

Lunch is served during the experience.  Beer is available for purchase.  Be prepared to get dirty.  Take a change of clothes, your mosquito repellent and your sunscreen. 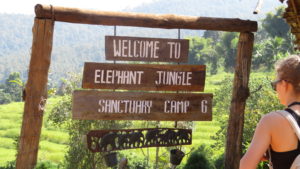 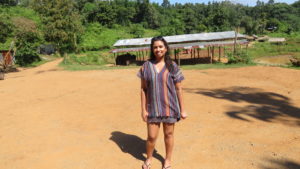 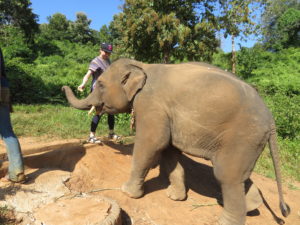 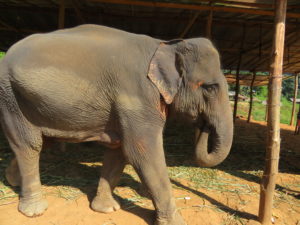