Over the weekend, my husband and I met up for dinner with my brother, his wife,my cousin and his girlfriend at Kingyo Izakaya on Denman Street.  We had reservations for 7 p.m. and we had run about 5 minutes late.  Once we arrived, we waited another 5 minutes for our table to be cleared and ready.  We were told that the table was needed back by 9 so we needed to be done by then, which we agreed to.  I would highly recommend making reservations for this hot spot.  I overheard patrons being told it was an hour wait to get in.

The restaurant is small, but very busy.  They maximize on the space that they have so it was a bit tight where we were seated.  There’s a casual and lively atmosphere to the restaurant.

We started off with a mixture of warm and cold sake and various cocktails.  By the time the waitress came to take our order for food, it was 8:10.  I think this would usually be fine as we were a group of 6 chatting and enjoying our drinks, however, we were told we needed to leave by 9:00 p.m.

We went with lots of share plates so we got to try several dishes which was nice.  The dishes we tried were the black edamame, sockeye salmon sashimi, ahi-tuna and avocado carpaccio, stone grilled kobe beef, crispy chicken karaage, ebi-mayo, aonori calamari, salmon pressed sushi and cod filets.  Ohhh ehhhm geee!  The food here is sooooo damn delicious!  It blew me away!  There was not a single thing that I tried that was not done well.  The fried dishes were crispy, the sauces were all flavorful, the sushi or raw fish dishes were fresh and refreshing.  My cousin’s girl loves her salmon sashimi and eats it regularly.  She called the sashimi here the best she’d ever had!  It just melts in your mouth.  Getting to cook the kobe steak on the hot stone to your desired doneness was a fun experience on it’s own.  I just love me a table full of great food.

A couple downsides I will mention – two couples at the table ordered kobe beef.  I’m not sure why they didn’t bring out a stone per pair.  Instead they put our whole order together and brought us one stone.  First, it made it difficult as we were sitting on separate ends of the table.  Second, the stone just burned out faster and we were halted at a certain point waiting until they brought us a new stone.  Another downside, (and maybe this isn’t a big concern to people doing share plates) I didn’t want anyone to feel like they weren’t getting enough steak.  At $24 an order you want to make sure everyone is getting a good share, but when it’s all put in one order it’s hard to be fair about it.  Lastly, the waitress mentioned it was last call for us for food.  At that time I went ahead and ordered another ebi-mayo.  It never came.  Our bills arrived and no second order of ebi-mayo.  As all other dishes were done and it was almost time to go, we decided we were fine to skip it.  The waitress was lovely and felt bad about it, but I’m thinking perhaps they have trouble being attentive when it’s that slammed.

Nonetheless, I can’t wait to go back again. 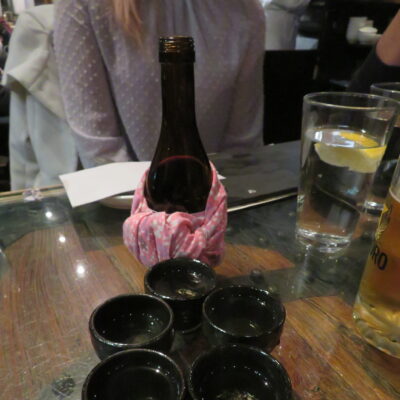 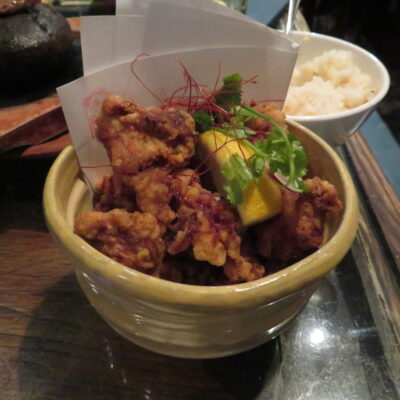 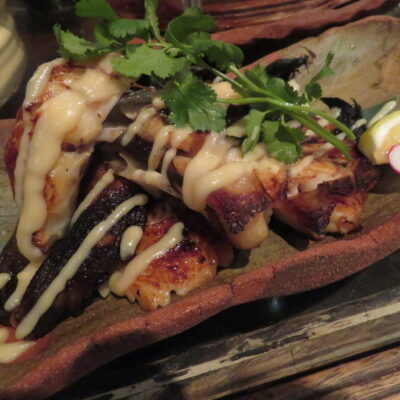 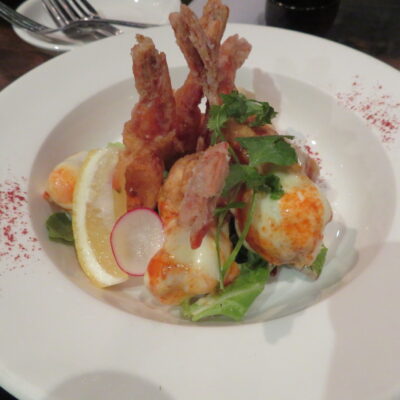 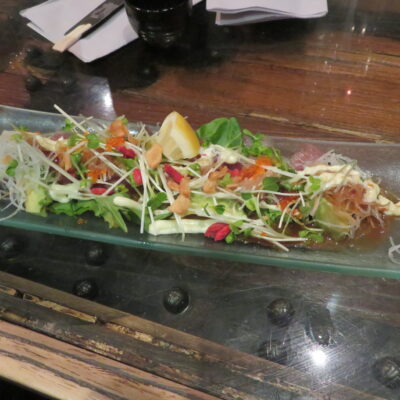 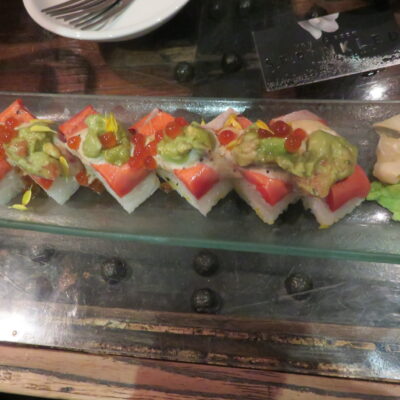 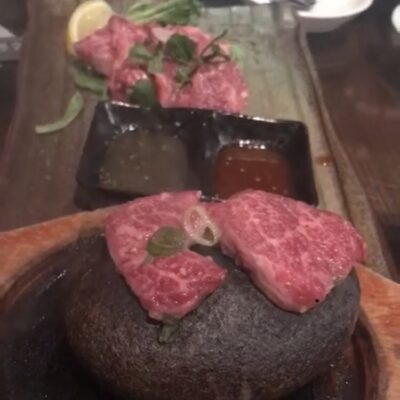 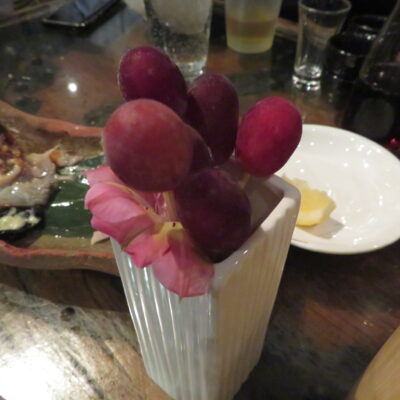