I booked a high tea at Neverland Tea Salon to celebrate my two friends who are mamas to be.

This restaurant is sooo freakin cute!  There are chandeliers, a Peter Pan quote on the wall, pretty teacups on display.  We were seated in the far back corner on a turquoise couch which was great for photos.

They seem to change themes often and we were there for the “Mad Hatter High Tea” theme.  They really immerse themselves into the theme which I absolutely love!  There were giant playing cards decorating the place, dishes hanging upside down from the ceiling, etc.  The theme was much more pronounced in the food which I’ll explain shortly.

So just a little background – I consider myself a bit of a high tea snob.  High tea was something I did often with my mom.  We used to go to a lot of the high end hotels offering high tea, different tea salons, we even did a high tea boat cruise once.  Because of this, I’m a bit of a tough critic.

Neverland Tea Salon has the widest varieties of teas that I’ve ever seen.  We were told that the tea was bottomless.  I took that to mean that we would be able to get unlimited refills on the tea that we chose, but we actually were able to try as many different kinds of tea that we wanted in the time we were there.  I tried the almond joy and the apple crumble.  Both tasted delicious!  There were some other teas on the menu like chocolate macaroon and vanilla ice cream that I’m hoping to try in the future.

You can order the traditional menu, or for the same price, you can get vegetarian, gluten and dairy free or vegan.  For an additional $10 you can add sparkling wine, rose or a mimosa.  I went with the traditional and it included the following:

The chilled raspberry and beet shooters had little “drink me” tags attached to them.  It wasn’t until I got home that I realized that this was from a scene in Alice in Wonderland.  The desserts were decorated with things from the movie such as a little mushroom, little heart, and clock.  So cute!  Love how they stayed on theme.

My friends and I ate each item at the same time and the consensus across the board was pure deliciousness.  Everything was yum!  There was not a single sandwich or dessert that we did not like.

The only downside I would say is that it felt like they were rushing us out a bit.  When we sat down we were told that the table was ours for an hour and a half.  We were asked if we wanted more tea as we had half an hour left.  That was totally fine, but then when we had about twenty minutes left with food still left in front of us we were asked if she should bring the bill and boxes.  We confirmed that we still had 20 minutes and she said yes.  I understand that they have to turn the tables around for the next groups, but that was too early to ask.  It’s teetering on rude as people come here to celebrate or catch up.  We did finish everything and took advantage of our full time.

Overall we had a great time and I would come back. 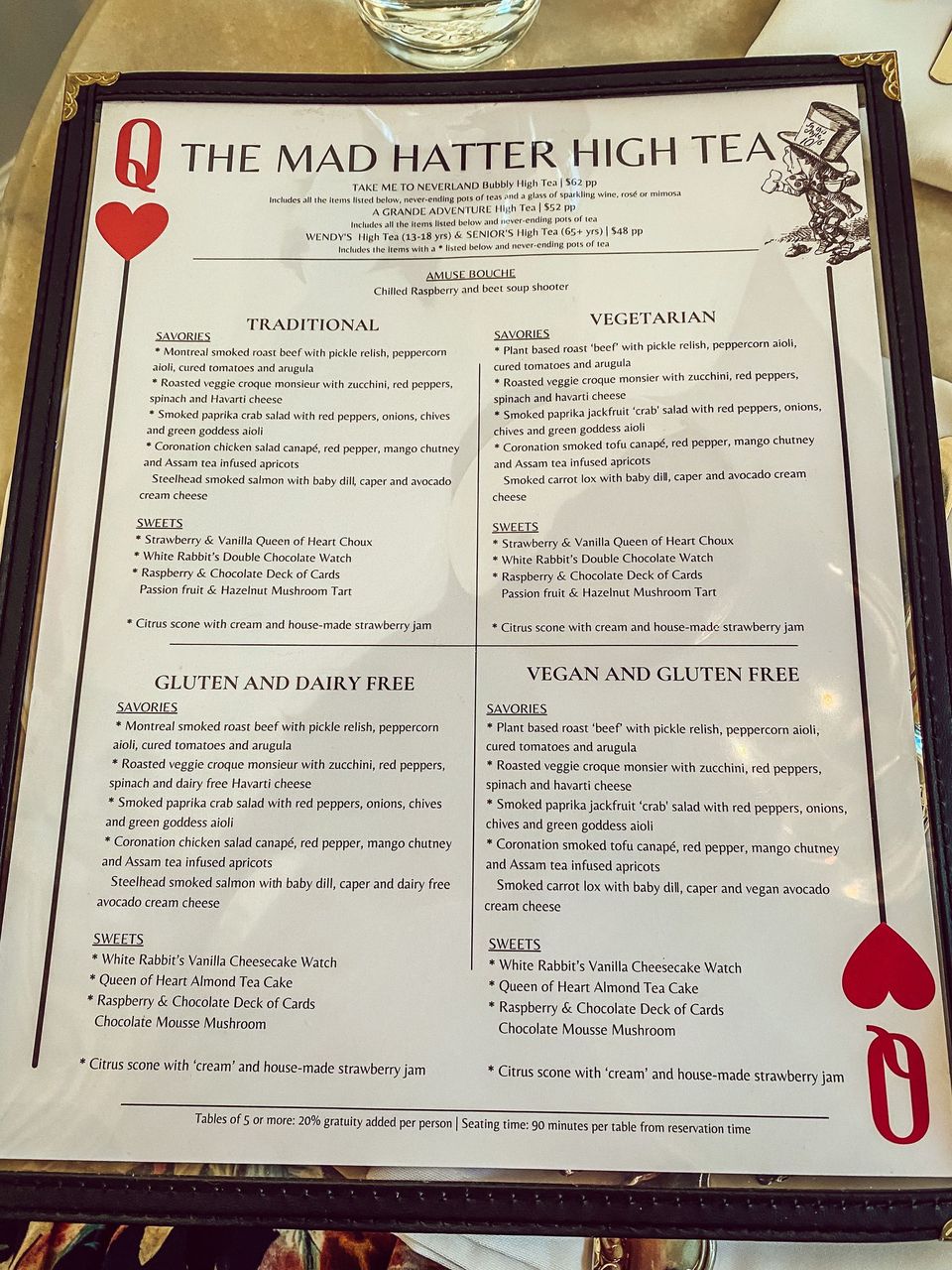 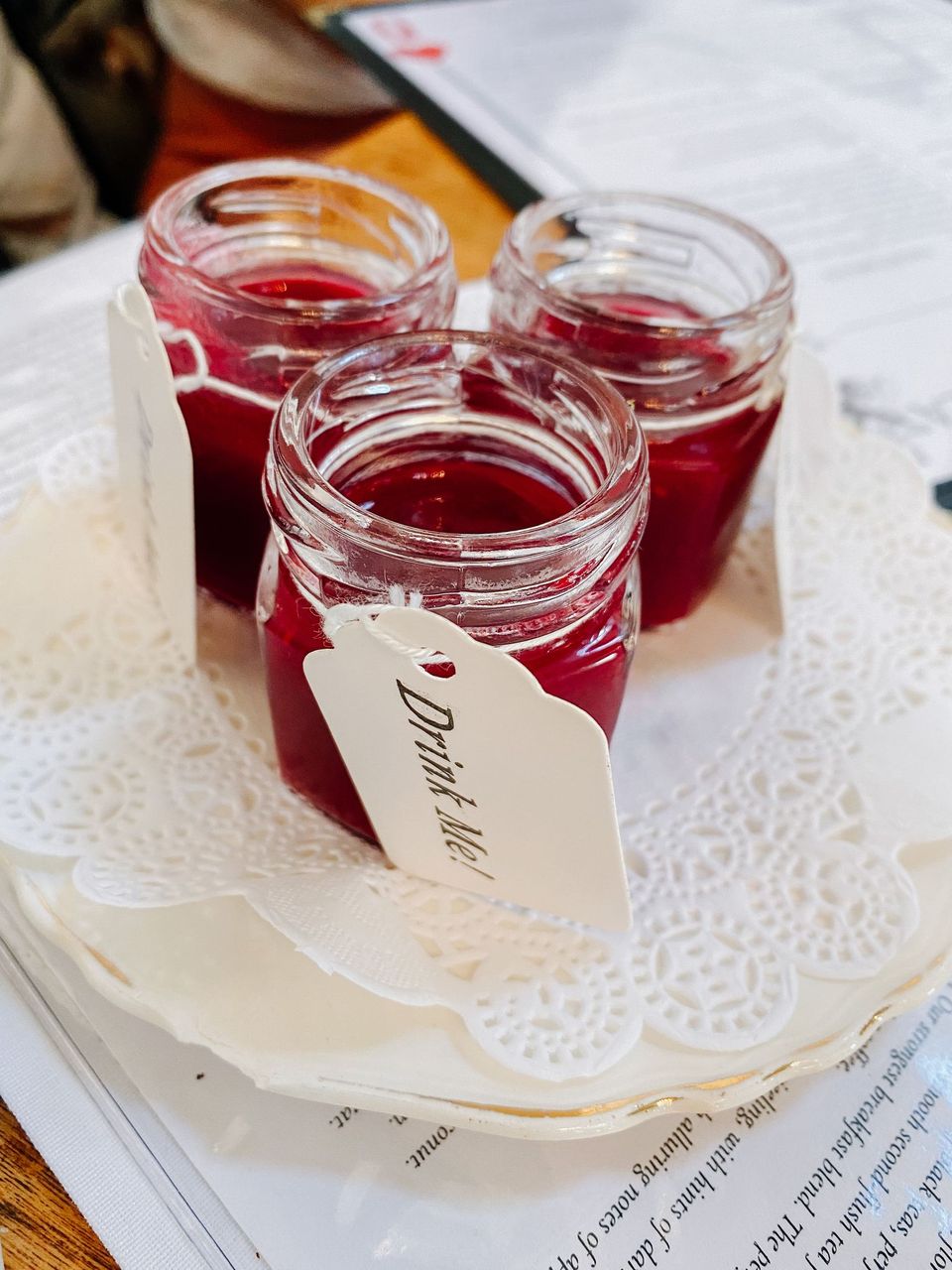 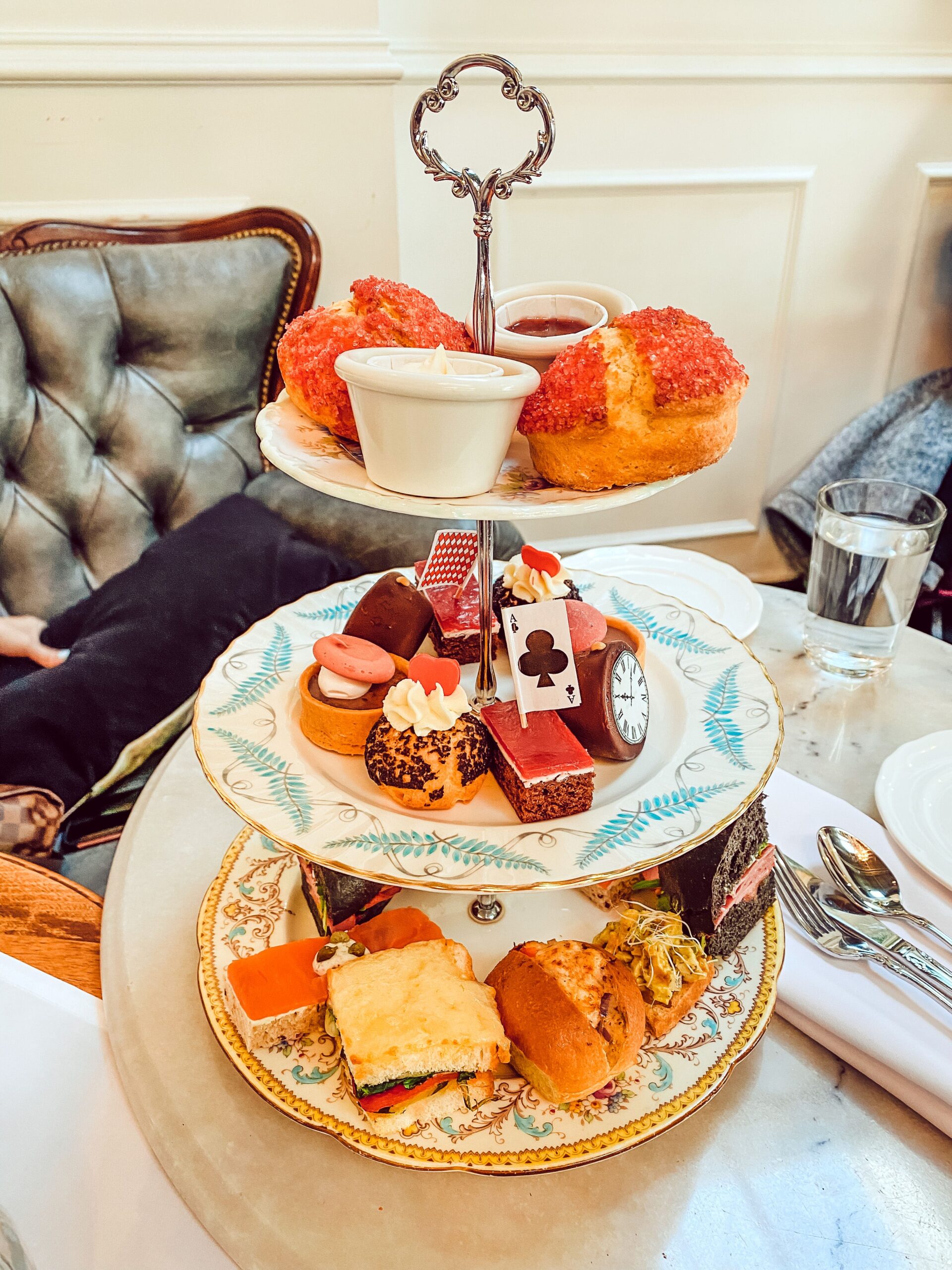