A couple weekends ago my husband and I hit 5 years of marriage.  Our original idea was to be in Europe to celebrate. Since covid put a wrench in our plans, we made reservations at Robba Da Matti instead.

We had walked by several times and their quaint little garden patio always looked so enticing.  We decided it would be the perfect spot to commemorate the day.

When we arrived, pretty much every table was full.  The patio gives off European vibes to me which made me feel a teensy bit better about not being overseas.  For their version of plexi-glass dividers, they have old window panes between their seating.  There are heat lamps outside and foliage everywhere.  It’s so romantic.

Let’s get into the food – they start you off with some marinated olives instead of bread which I thought was cool.

For our dinner we opted to go with three dishes and share.  We went with:

In our online reservation I noted that it was our anniversary.  After we had been seated a while, a couple came in and they were seated next to us.  We overheard them telling the server that it was their one year anniversary.  The staff brought out some champagne for them.  I found myself a bit bummed for a second, but when our server brought out our food my hubby mentioned that it was our anniversary too.  I also piped in that we included it in our reservation so they didn’t think we were just making it up.  Our server brought some champagne out for us too and that made me happy.

The service here was pretty great.  We were greeted so warmly when we arrived and our server was very personable and attentive.

I will absolutely be coming back here.  The food was delicious and I want to explore the menu further.  The patio was just gorgeous. I highly, highly recommend Robba Da Matti. 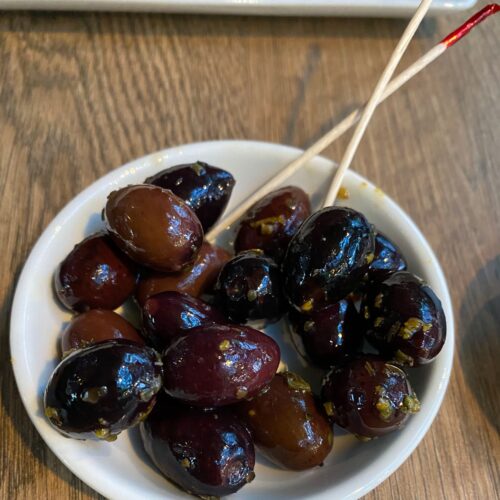 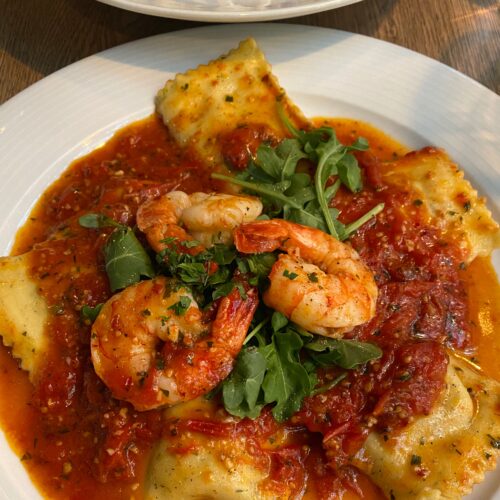 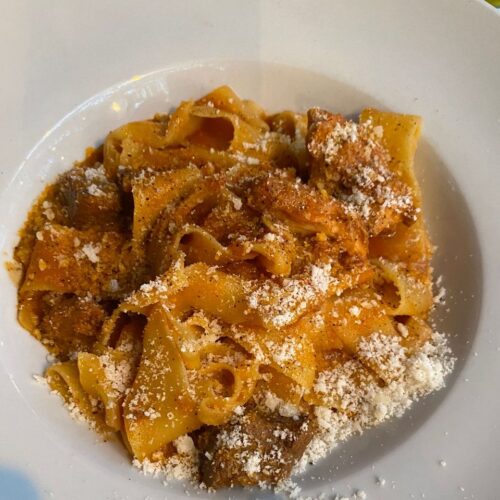 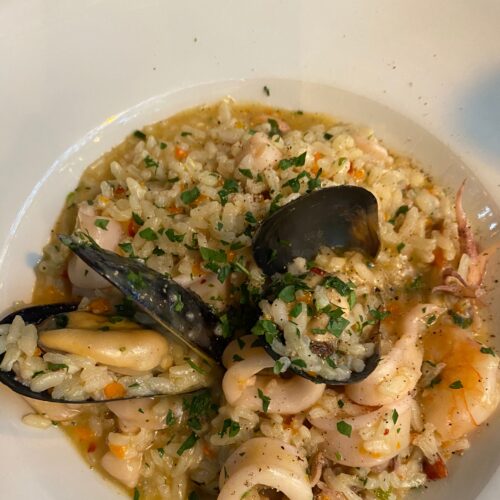