February 4, 2022 By therdizzle in Eateries

I was over in Surrey having lunch with my mom and sister at an Indian restaurant.  They had “falooda ice cream” on the menu.  I instantly got excited, thinking it was the dessert drink that I grew up on.  After speaking with the wait staff, they explained that it was actually just flavoured ice cream.  My mom mentioned that they she of a place where we could get falooda.  I hadn’t had it in years, so I was eager to go check it out.

For those of you who don’t know, falooda is an Indian dessert.  It is traditionally made by mixing rose syrup, vermicelli and sweet basil seeds with milk and often serving it with ice cream.  Different varieties include different mix ins such a nuts, fruits, etc.

We drove over to Sundae Delight.  It is a small shop.  There was one woman working.  They appear to have cake jars, ice cream and falooda.  I asked a few questions to find out more about their dessert options and she didn’t seem to follow what I was asking.  I tried to explain a few times, but she didn’t understand me and then I just felt kinda awkward lol.

My sister and I ordered the lahori falooda. My mom opted for the royal falooda.  I wish I could tell you exactly what the difference between each option is, but that was one of my questions that wasn’t understood.  From what I could see, it looked like the royal falooda had a lot more additions to it – some chocolate cigar cookies and fruits.

We were asked to wait outside in our car while she made our desserts.  She said she would come get us when it was ready.  Maybe this was a covid precaution.

So first off, my opinion on the dessert is that it’s ugly in appearance.  I’ve had fancy falooda’s at restaurants before that are presented very beautifully.  This was sadly not my experience here.  I was hesitant trying it after seeing what it looked like.  However, when I took my first bite of it I was taken back to my childhood.  It didn’t taste exactly like what I used to have when I was young, but it was close enough that I was filled with nostalgia.  I ate about a quarter to half of it, but found it to be a bit too sweet for me and tapped out.  It was okay, but if I’m being quite honest, I think a lot of my opinion was based on the dessert being so connected to my childhood and that I hadn’t had anything close in years.  My sister didn’t like hers at all and used the word “rich” to describe hers.

I heard that there are other places where we can try falooda in Surrey.  I don’t think I’ll be back here.  I’ll give the other spots a try. 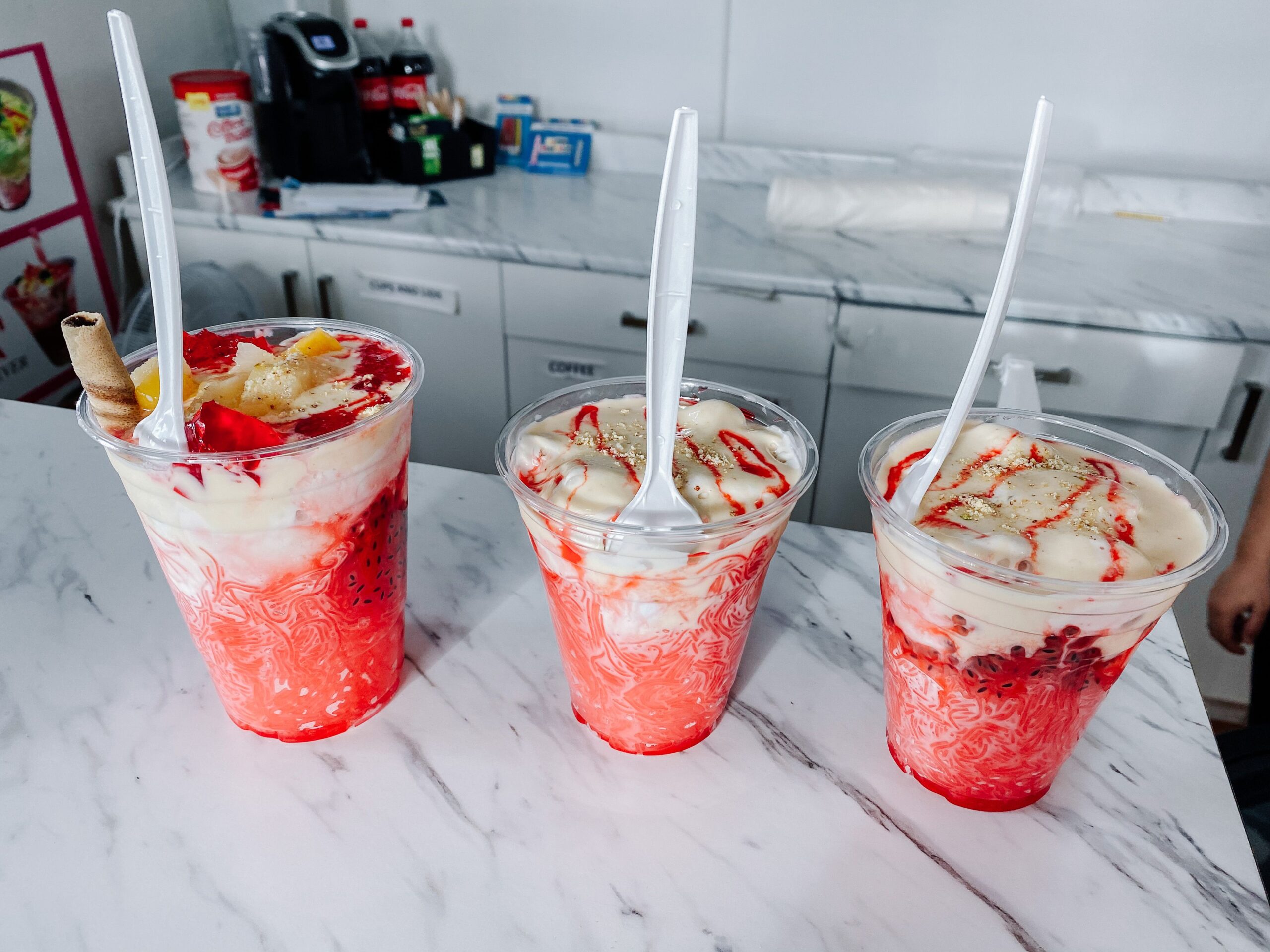